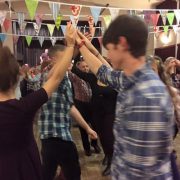 Another great night! Fund raising for the Wolverley Memorial Project. Thank you everyone for your support! at the Wolverley Barn Dance 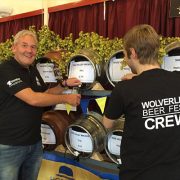 The project aims to redevelop the Memorial Site to create a new community facility for the people of the village and the surrounding area, as well as a continuing memorial to the fallen from Wolverley.

Lindsay White, project publicity officer, said: “The team of volunteers, who worked tirelessly all weekend were overwhelmed with support for this event and had to get further supplies of beer and ciders.

“It was also a fantastic community occasion with people of all ages enjoying their weekend at the event. The fine weather helped of course, and there was a great response from everyone who attended.

“As well as some great beers and ciders, all from local breweries, the event featured some amazing local bands performing throughout the weekend, all of whom had donated their time and talents.

“The Wolverley Memorial Project was established in 2014, the centenary of the Great War, by an enthusiastic team of local people who want to create a new memorial facility for the fallen of Wolverley, and a new hub for today’s community.

“Through community fundraising, such as this event, and through the support of funds and grants, we hope to raise £1.2m for this regeneration project. It is a large task, but with a strong project team, and in partnership with the community, we are optimistic of creating an exciting legacy.

“Due to the outstanding success of this first beer festival in Wolverley, the organisers are hoping to make this an annual event, and certainly many people commented this was the best local beer festival they had been to.” 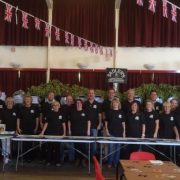 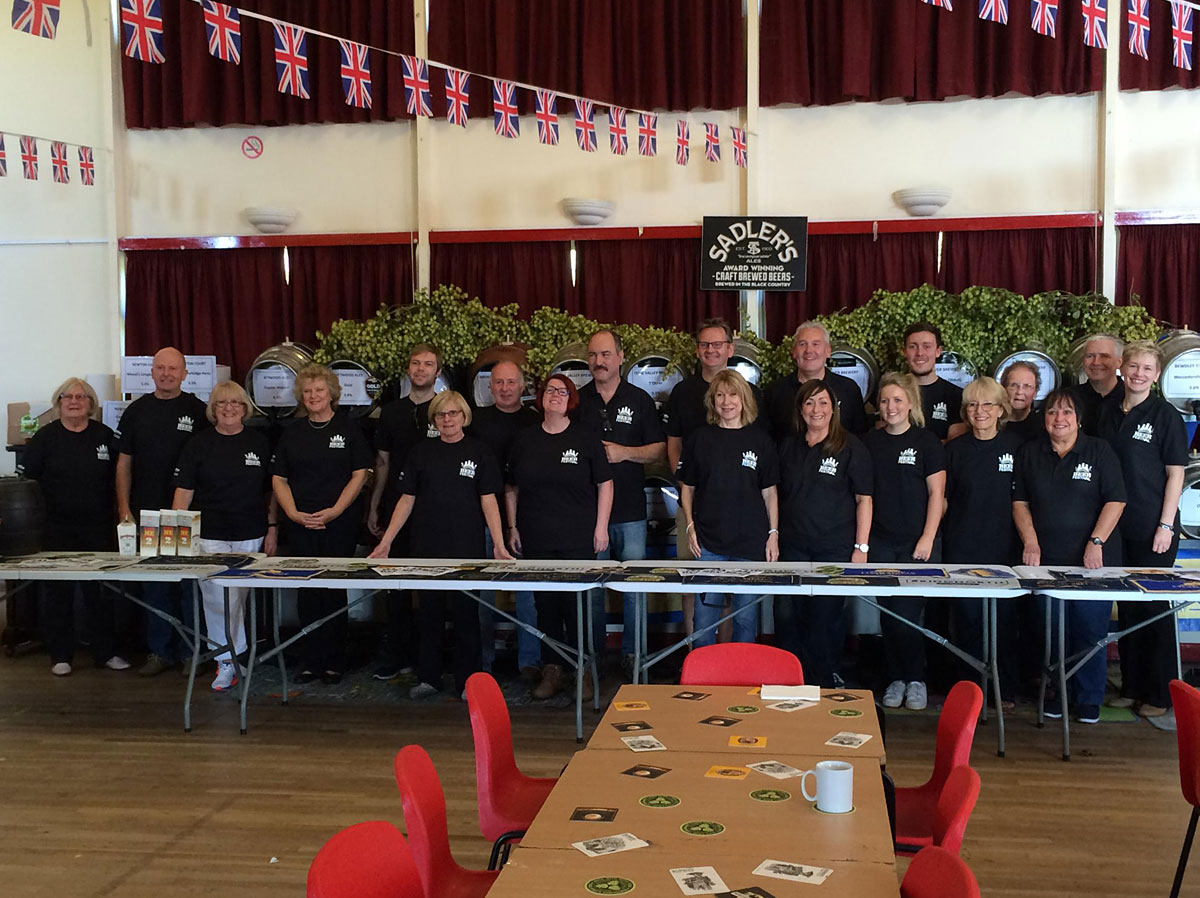 On behalf of the Wolverley Memorial Project, I would like to thank all volunteers and musicians for all their hard work in making Wolverley’s First Beer Festival a weekend to remember. It was a credit to every single one of you the amount of time and effort you so willingly gave.

I would also like to thank all those supporters who turned out for us this weekend to make all our hard work worthwhile.

The encouragement and gratitude we received was fantastic and I am sure that once all the figures have been done, we will have boosted our funds significantly.

This festival has proven once again when we all work together, we can achieve great things.

Already looking forward to next year. 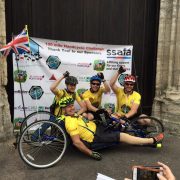 Richard and his team of support riders bravely set off from Thrapston, Northamptonshire and after a tortuous 100 miles they reached the finish line in Cromer, Norfolk, where they were greeted to crowds of cheers and applause. Injured whilst in the RAF, Richard courageously used only his upper body strength on a specially adapted hand-cycle, to travel this great distance. He was be supported by a team of volunteers including a medic, mechanic, coach and his well-wishers.

His outstanding achievement has raised over £5000, which is way beyond the £1000 he set out to achieve! This will be split between his two charities, the Wolverley Memorial Project and SSAFA, which is the UK’s oldest national military charity and provides lifelong support for our Forces and their families.
It’s not too late to sponsor Richard, you can do so online at https://mydonate.bt.com/fundraisers/richardmillner1 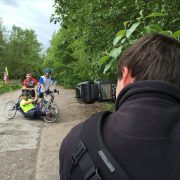 The Express & Star have been in contact regarding Richard’s Hand-cycle challenge and sent a photographer along to take the Wolverley Crew’s photographs. 45 mins later, after the photographer had had a go on the hand-cycle (and getting off and giving up) the boys were all posed out. 34 days & 15hrs & 49mins to go!!! 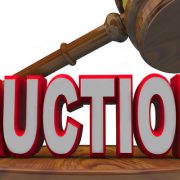 We made a good start last month with our two inaugural fundraising projects. Firstly the auction at the Social Club, followed the next day with the highly successful and prestigious fashion show at the Memorial Hall. Both popular events and made a good a start to our fundraising. Thank you again to everyone who worked on these and to all who took part. On Tuesday evening some of the project committee had a very good meeting with a consultant from London who was visiting locally. She commended us on our progress to date and provided an encouraging and informative meeting. She gave us a useful insight into lottery and general funding applications, as well as guidance on how to progress the project. This has given us some clear next steps for 2015 and we will be taking this forward in the New Year.

Because these cookies are strictly necessary to deliver the website, refusing them will have impact how our site functions. You always can block or delete cookies by changing your browser settings and force blocking all cookies on this website. But this will always prompt you to accept/refuse cookies when revisiting our site.